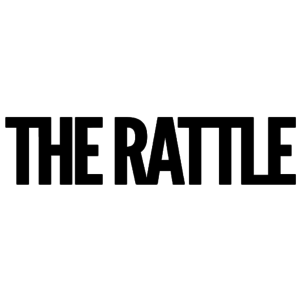 The Rattle was founded in 2018 as a global community of artists, hackers, and inventors working together to rethink how counterculture thrives. Emerging talent in art, entertainment, and niche technology are scouted into a 150 person-capped membership of their peers. They are vetted for creating thought-provoking things - from original ...

music and video games, to deep tech and artificial intelligence. They each create "inventions" that have the potential to modify the way people behave. Each member is provided with facilities in London and Los Angeles alongside inspiration and coaching from leaders in art, entertainment, and technology. Members are encouraged to break every rule ever written, to hack new answers to problems, and to never let a gatekeeper stand in their way.

The Rattle is also home to the world’s first ‘Venture Label’. Each year, The Rattle picks ten projects from its membership to partner with and develop into high-growth venture startups. From the award-winning music artist ‘Our Man in the Field’ to the celebrated ad-tech startup ‘Feed’, The Rattle empowers the member to become the founder and leader of a new company to carry their inventions to the world-stage. Think of it as the ‘yCombinator for Counterculture’.

The Rattle is led by music producer and technology hacker, Chris Howard (MIT, Harvard, Techstars), entertainment technology investor and provocateur, Jonathan Eades (Abbey Road), and incubator veteran, Brittaney Bunjong (Wework, The Cloud Room). The Rattle supports its members and venture startups with experts such as Rekha Mehr MBE (Just Eat), Helen Sartory (Androdes), and Nick Meyer (Kings of Chaos, yCombinator). Backers and supporters of The Rattle include Imogen Heap, Ross Mason, Steve Lewis, Cliff Fluet, David Meerman Scott, and Wendy Parr. Some notable members include Too Many T’s, Rotor Videos, VoltaXR, Bishi, Isserman, Our Man in the Field, Feed, Rhyme, Figaro, Kid220 - alongside many others. The Rattle has over 300 alumni members, registered over 5,000 requests for membership, and launched 15 venture startups from its venture studio.

Music Collective, The Rattle, Continues to Grow, Doubles Down on its Commitment to a Fairer Music Ecosystem in L.A.

Today, The Rattle is announcing the full opening of its L.A. location, surviving against the odds throughout the first wave of the pandemic. Initially launched in March 2020, the music and technology incubator will now accept new members. They will help form the next generation of counter-culture pioneers within the L.A ecosystem, who are looking to improve the world through new art and technology inventions.

“We are looking for the future leaders of creative and cultural movements to come and join us at Rattle L.A. and prove that there is a better way to develop creative founders and build sustainable startups around culturally important art and inventions.,” said Helen Sartory, Director of Rattle L.A. “At our core, we believe deeply in investing in and empowering visionaries who want to change the world for the better.”

With its revolutionary business model that combines music label, laboratory, startup incubator, and art collective, The Rattle launched in Los Angeles three days before Covid-19 shut down the city. Undeterred, The Rattle’s first wave of artists, founders, and startups came together to reinvent how to continue making great art and great technology despite the ever worsening conditions outside.

Its founding community of thirty progressive music artists, producers, startups, activists and crazy tech inventors had access to The Rattle’s one-of-a-kind facility in L.A. They also gained insights from a curated community of their peers and mentors who helped them hone their ideas into pioneering projects and build their skills as founders of their own startups.

Though a majority of their interactions were initially virtual, this first cohort of counter-culture founders have developed a vast array of original ideas, including:

- Heroine-centric operatic productions by Incorrigible Entertainment, who are planning to showcase their newest opera, Hildegard, based on the life of the 12th-century German saint and composer, using Virtual Reality;

- The creation of a social collaboration network called RYSE, which has developed an online community that enables artists and producers to work together on music projects;

- The band FINKEL who responded to the cancellation of their North American tour by creating a virtual livestream tour, visiting locations like Deep Space, ToonTown and Antarctica;

- A singer/songwriter named High School Jacob who has worked with the gaming community to design and release a retro video game with each new song on his new EP.

Alexandria Rowan, aka “Dozier,” has seen firsthand the benefits of The Rattle approach while developing an immersive gaming/music/art world online. "Working with The Rattle has helped me quickly ascend to the next level and bring to fruition my dream for a narrative-based open-world dimension," said Rowan. "They helped kickstart my ideas by connecting me with industry trailblazers in gaming, VR, and music."

Before working with The Rattle, Dozier had never had the support to explore the possibilities of pairing the gaming world on Twitch with art and music fans, creating a virtual world for everyone to come and interact with one another. Dozier is most concerned with the art, music, and gaming aspects of her world-building, but her mentors at The Rattle in L.A. helped her to keep an eye on the logistical and strategic aspects of her goals as well.

“Typically when working with record labels, artists are kept away from the numbers and the strategy; but we want the founders we work with to understand what’s working and what’s not alongside the why behind it,” said Helen Sartory, Director of Rattle L.A. “For example, we don’t want an artist’s marketing team having overbearing control over strategic decisions. We want to arm artists with the tools they need to stay in the driving seat and give the freedom to take whatever path makes sense for them as an individual. And often these tools don’t originate in music. They come from industries that develop alongside it. This is the core reason for having a diverse community of artists and technology inventors under the same roof.”

In L.A., much like their founding site in London, these wave-makers are given much more than just a contract to produce a couple albums on the end of a short corporate-built leash. With its equity-based development approach to the artist-founders they take on, The Rattle is looking to help empower the creative, progressive, culture-shaping pioneers of the world. It hopes to forever change the way artists, founders, and inventors are funded, supported, and scaled.

Launched in 2018, The Rattle is a 300-person strong global community of the most progressive music artists, technology inventors, and innovators on a mission to kickstart a cultural revolution through the power of music.